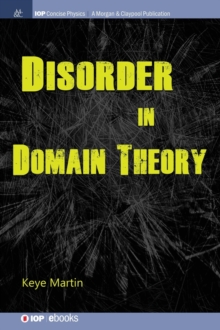 Domain theory, a subject that arose as a response to natural concerns in the semantics of computation, studies ordered sets which possess an unusual amount of mathematical structure.

BUT, it does have a purpose and to some extent, it can also be said to have a method.

I leave the determination of both of those largely to you, the reader.

Except to say, I am hoping to convince the uninitiated to take a look.

A look at what?Twenty years ago, I failed to satisfactorily prove a claim that I still believe: that there is substantial domain theoretic structure in quantum mechanics and that we can learn a lot from it.

One day it will be proven to the point that people will be comfortable dismissing it as a 'well-known' idea that many (possibly including themselves) had long suspected but simply never bothered to write down.

They may even call it ""obvious!"" I will not bore you with a brief history lesson on why it is not obvious, except to say that we have never been interested in the difficulty of proving the claim only in establishing its validity.

This book then documents various attempts on my part to do just that. 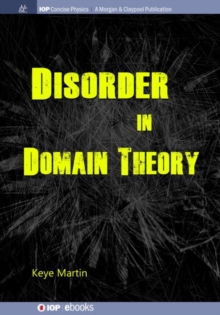