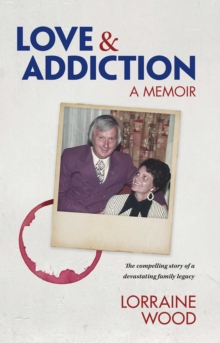 A woman can be a mother, wife, friend, a force in business, a spiritual guide and a person who found peace and redemption in recovery.

Every month, Lorraine Wood tells the story of her devastating family legacy of addiction in the hopes that it will inspire people to start, and stay, on their own difficult path to addiction recovery. Love & Addiction is her heart-wrenching memoir that records her story.

Born to alcoholic parents Lorraine struggled through childhood as the eldest of six children living on a rural farm in New Zealand. Like most ';good girls' in the 1950s, she married young and quickly had four daughters. The view out her window offered nothing but cows and she longed for more. After months of persuasion the family finally moved to the city of Auckland.

There, fate introduced her to her true soul mate, Bill. The only problem was that Bill was also a married man, and with three daughters of his own. But their love could not be denied and before long, two divorces were navigated and one family of seven children was formed in Sydney to start afresh.

It was then that the cracks began to show. Bill, also a former alcoholic, had transferred his addictive tendencies to financial risk, racking up a millions of dollars in debt.

An intervention was needed. For both of them.

It was only at this stage, at 50 years of age, that Lorraine understood the true generational damage of addiction. When one person is addicted, an entire family suffers and need their own rehabilitation and support to truly recover and heal.

Lorraine's purpose in life was born. In 1993 she and Bill took the greatest financial risk of all and opened South Pacific Private – a hospital that specializes in addiction treatments. Since Bill's tragic death, Lorraine continues to run the hospital solo, now known as the only Australian equivalent to the renowned US treatment facility, The Meadows.

With engaging, heartwarming anecdotes Lorraine opens up her life and bares her soul in Love & Addiction, a memoir.