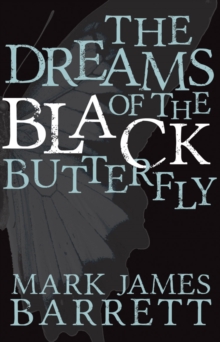 The Dreams of the Black Butterfly Paperback / softback

Moises Quispe has heard the whispered rumours about the Black Butterfly - its hypnotic, velvet wings, two feet across and as dark and mystical as the Peruvian jungle night; a jungle receding to a soundtrack of chainsaws and hate; a jungle that gave him life and embraces the spirit of his murdered family.

So he searches. Not because of the one million nuevo sol offered for its capture by the maniacal Mr Dollie, or because his mentor - who believes the rumours - has disappeared so completely, but because he must.

Perhaps the Black Butterfly has been searching for him too, desperate to reveal the tight, elegant writing embedded in its wings.

Its stories: tall, dark and cautionary tales of a doomed humanity that he alone can read. And when the butterfly finally submits, the danger that Moises finds himself in pales into insignificance against the fate of humanity itself.

The Black Butterfly has chosen him to deliver its message and the future of mankind is in his hands.

Man's imagination will be nature's revenge... This gripping and suspensive thriller will appeal to readers who enjoy being kept guessing.