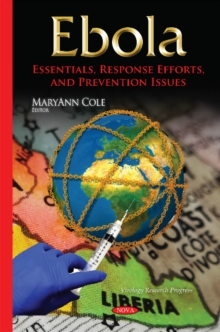 The Ebola virus is named after the Ebola River, near where the virus was discovered in 1976 in Zaire, now known as the Democratic Republic of the Congo (DRC).

It is in the filovirus family, so called because of its filamentous shape.

EVD is also known as Ebola haemorrhagic fever. The disease sometimes causes haemorrhage (ie: bleeding) from body openings, but this symptom is not consistent.

Five strains of Ebola virus have been identified. This book discusses the essentials, response efforts, and prevention issues involved with the Ebola virus.