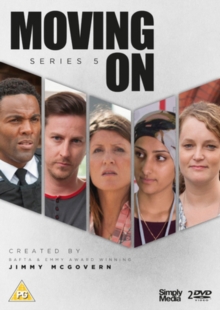 All five episodes from the fifth series of the BBC drama created by Jimmy McGovern and produced by Colin McKeown.

Each episode tells a self-contained contemporary story in which the characters have reached a turning point in their lives and are trying to move on.

In this series, a bored policeman's wife decides to add excitement to her life by trying her hand at shoplifting, a stressed English teacher fakes having cancer when she starts to lose her hair, and a young girl develops mutism after discovering her father is having an affair.