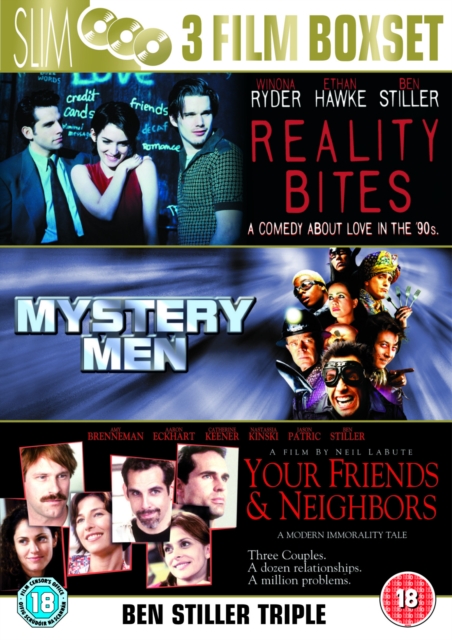 Ben Stiller triple. 'Mystery Men' (1999) is based on the Dark Horse comic by Bob Burden.

The Mystery Men aspire to being the coolest superheroes in town, but are let down by their less than impressive powers: Captain Amazing (Greg Kinnear) has an ego the size of a plant; Mr Furious (Stiller) just gets angry at everything; the Blue Raja (Hank Azaria) throws forks; the Shoveler (William H Macy) has a spade; the Spleen (Paul Reubens) emits gas; the Bowler (Janeane Garafalo) has a dangerous bowling ball; Invisible Boy disappears, and the Sphinx spouts nonsensical enigmas.

When Captain Amazing is kidnapped by the evil Doc Heller (Tom Waits), it is up to the bumbling heroes to save the day.

In 'Your Friends and Neighbours' (1998), Jerry (Stiller) confesses his sexual woes to his best friend Cary (Jason Patric) after his wife Terri (Catherine Keener) complains that he talks too much when they're making love.

Cary, a self-styled lothario, then sets about seducing Terri, and the sexual intrigue continues as their friends and colleagues become ensnared in the ramifications of the sexual pairings. 'Reality Bites' (1994) is a zeitgeist comedy starring Generation X pin-ups Winona Ryder and Ethan Hawke.

When a smooth music video station executive (Stiller) takes an interest in her, professionally and personally, Lelaina is forced to decide exactly what she wants from life. 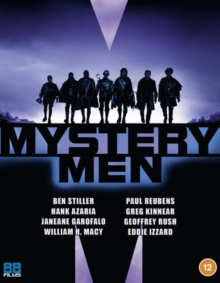