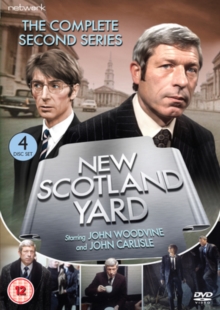 The show follows two members of the New Scotland Yard Criminal Investigations Department, Detective Chief Superintendent John Kingdom (John Woodvine) and Detective Inspector Alan Ward (John Carlisle), as they dedicate themselves to bringing some of the city's most troublesome criminals to justice.