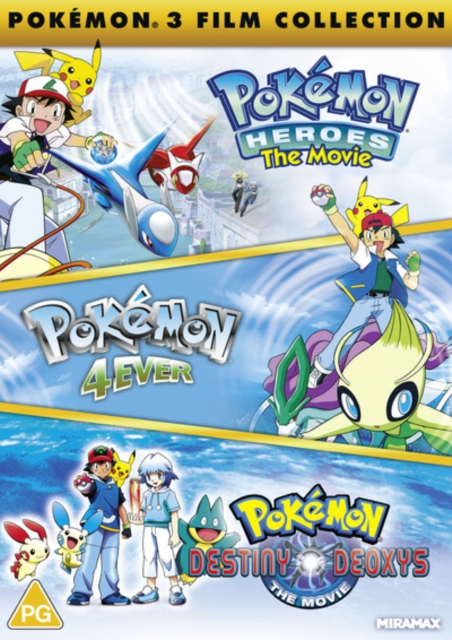 Triple bill of Pokémon adventures. In 'Pokémon - The Movie: 4ever' (2002), Ash Ketchum (voice of Veronica Taylor), his loyal pet Pokémon Pikachu (Ikue Otani) and several others travel to an island in search of Celebi (Kazuko Sugiyama), a rare species of Pokémon thought to be able to travel through time.

However, Vicious (Dan Green), a future member of Team Rocket is also looking for Celebi and will do anything to get his hands on him.

In 'Pokémon - The Movie: 5 - Pokémon Heroes' (2004), Ash, Pikachu and the rest of the Pokémon gang try and stop a pair of thieves hiding out in the canals and alleyways of Alto Mare, the water capital of the world.

Two Pokémon join them on their adventure, a brother and sister pair named Latias (Megumi Hayashibara) and Latios (Masashi Ebara), who are protecting the Droplet of the Heart - a valuable treasure.

Finally, in 'Pokémon: Destiny Deoxys' (2004), Ash and Pikachu take on a mighty challenge when they come face-to-face with a devastating new Pokémon named Deoxys (Susumu Chiba), which crashed to Earth in a meteorite and seems intent on terrorising the hi-tech city of LaRousse. 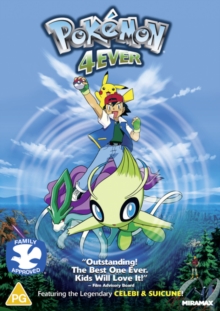 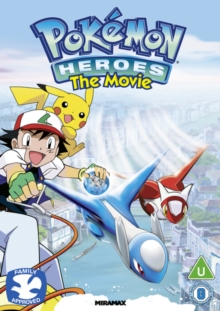