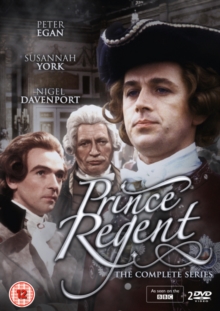 Peter Egan stars in the title role of this period drama based on the life of George, Prince of Wales.

Notorious womaniser and all-round rebel, Prince George, at the age of 21, finds himself falling for Maria Fitzherbert (Susannah York), a widower six years his senior.

When his father, the King (Nigel Davenport), learns that his son and heir has married a commoner in secret, he demands that he enter into a proper marriage with his cousin Princess Caroline of Brunswick (Dinah Stabb).

When the King unexpectedly recovers however, George finds himself once again waiting to take the throne.