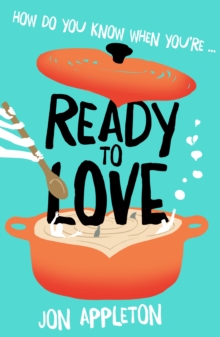 In a decade of adulthood, Minna Jepson had had three proper boyfriends, which was neither feeble nor excessive.

She went with the tide, but there were gaps when nobody floated her boat, and moments when 'any port in a storm' applied.

But she wanted to be in love. It wasn't just because everyone else seemed to have a partner.

She was self-sufficient but, well, there were times when she felt not lonely, not needy, but that life would be so much sweeter if there was someone with whom to share it.

Knowing she could love (because she had done so before), she wanted someone else who would, in turn, love her.Minna was a staunch believer in commitment.

She considered herself lucky to have parents who were still happy together.

Grandparents, too, whose like-minded friends were also in for the long haul.

They had rhyming names like Jill and Phil and Ray and Kay - the exception being Paul and Pauline.

Her younger sister was partnered constantly, if not consistently.

Lisa discarded boyfriends like pairs of tights. She must have worn them in layers, because there was always some new, unladdered lad at the ready.In short, if there was a gene for romantic longevity, Minna hoped she'd inherited it. Minna really thought she'd hit the jackpot with boyfriend number four: Leo, who was her junior by eighteen months.

When she listed the qualities she was seeking in a partner - a list she regularly revised, changing fonts and indentations - by and large, they were attributes of Leo's.

But after fourteen months together, Leo told Minna that he was gay.Callie, her best friend-since-school, had been comforting but curt.

By the time Leo dumped Minna, Callie was deep into her idyllic marriage to Todd, whom she'd met on a blind date arranged by a magazine.

All Minna got was a lip gloss.Callie said, 'Don't give yourself such a hard time.

It won't be long before you'll look back on all this, and shrug it off.'Minna dabbed the tears from the corners of her eyes. 'What makes you think that?' 'It might have gone wrong for worse reasons, Min,' said Callie. 'Relationships fail all the time.' It was clear she was referring to a world beyond her own blissful realm. 'But the way it's happened, you get to walk away blame free.' Callie spread her hands. 'So move on, Min. Count yourself lucky and move on.Leo's a nice guy - it's not as if he's suddenly turned into a demon - but he's not for you. Just go out and find someone who is.'It might have been intended as encouragement, but suggested only that the woman who had taken five weeks to decide between two near identical shades of apricot for the tablecloths at her wedding could, if required, be decisive.