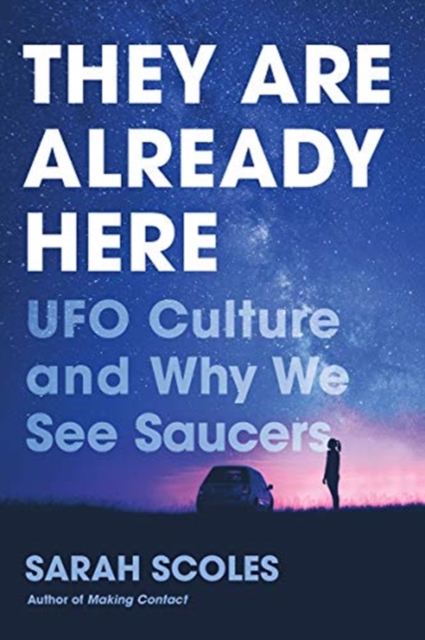 They Are Already Here : UFO Culture and Why We See Saucers Hardback

More than half a century since Roswell, UFOs have been making headlines once again.

The article hinted, and its sources clearly said in subsequent television interviews, that some of the ships in question couldn't be linked to any country.

The implication, of course, was that they might be linked to other solar systems. The UFO community-those who had been thinking about, seeing, and analyzing supposed flying saucers (or triangles or chevrons) for years-was surprisingly skeptical of the revelation.

Their incredulity and doubt rippled across the internet.

Many of the people most invested in UFO reality weren't really buying it. And as Scoles did her own digging, she ventured to dark, conspiracy-filled corners of the internet, to a former paranormal research center in Utah, and to the hallways of the Pentagon. In They Are Already Here we meet the bigwigs, the scrappy upstarts, the field investigators, the rational people, and the unhinged kooks of this sprawling community.

We will travel along the Extraterrestrial Highway (next to Area 51) and visit the UFO Watchtower, where seeking lights in the sky is more of a spiritual quest than a "gotcha" one.

We meet someone who, for a while believes they may have communicated with aliens.

Where do these alleged encounters stem from? What are the emotional effects on the experiencers? Funny and colorful, and told in a way that doesn't require one to believe, Scoles brings humanity to an often derided and misunderstood community.