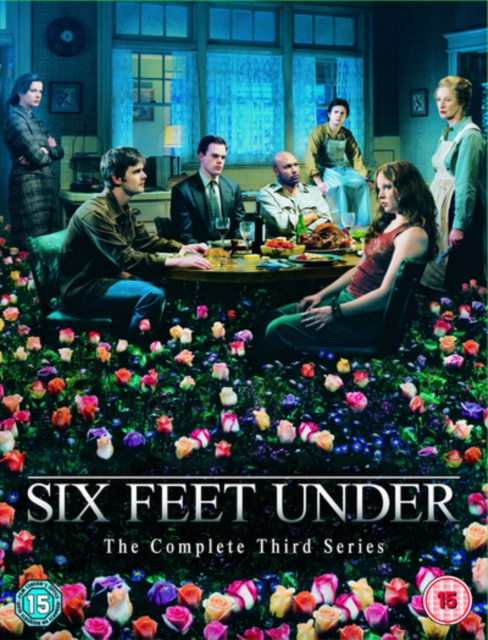 Entire third series of the cult US television drama about the Fisher family and the funeral home they run as an independent business.

Over thirteen episodes, the operation on Nate's (Peter Krause) brain tumour is causing him to experience bizarre dreams, while his wife Lisa (Lila Taylor) worries about his relationship with ex-girlfriend Brenda (Rachel Griffiths).

Nate's gay brother David (Michael C. Hall) is still uneasy about his sexuality, putting a strain on his relationship with Keith (Matthew St.

At the same time the family have to deal with overweight bodies, funerals for both a murderer and his victim, and very possibly a funeral for Lisa after she goes missing.

Created and written by Alan Ball, episodes are: 'Perfect Circles'; 'You Never Know'; 'The Eye Inside'; 'Nobody Sleeps'; 'The Trap'; 'Making Love Work'; 'Timing and Space'; 'Tears, Bones and Desire'; 'The Opening'; 'Everyone Leaves'; 'Death Works Overtime'; 'Twilight' and 'I'm Sorry, I'm Lost.'