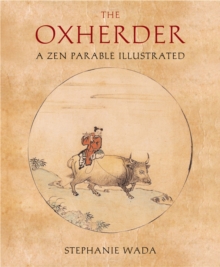 In the Buddhist parable of the ox herder, a herdsman's search for his missing ox is likened to an individual's journey toward enlightenment.

Buddhist masters composed this parable, whose origins reach as far back as the literature of ancient India, to guide students of Buddhism in their spiritual journeys.

The Ox Herder: A Zen Parable Illustrated presents the earliest known Japanese handscroll illustrating the parable - the only one with paintings in colour.

Unlike many early Japanese handscrolls and books, it is intact, from its preface explaining the basic tenets of Buddhism to its signed inscription dated 1278.

Extremely popular among Zen Buddhists in medieval Japan, "The Ten Ox Herder Songs", as the parable is best known, divides the herder's journey into ten stages, each illustrated by circularly framed images accompanied by a four-line poem.

The paintings, rendered in the graceful traditional manner of Japanese narrative illustration, show the progress of the ox herder (a seeker of truth) toward enlightenment (the ox). Appearing with the ten pictures are the preface and the ten songs that accompany the images, both in the original and in translation, and the final inscription.

For students of Zen Buddhism, Japanese art and seekers of truth from all walks of life, The Ox Herder: A Zen Parable Illustrated offers ancient lessions of spiritual growth and beauty.