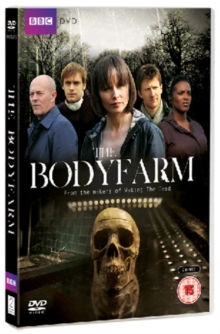 All six episodes from the first series of the crime drama spin-off of Waking the Dead.

The programme follows forensic scientist Eve Lockhart (Tara Fitzgerald) and her team as they help the police uncover the truth in various criminal investigations.

In this series, they attempt to solve the deaths of two youths whose remains are found after an explosion and search for the body belonging to a hand discovered in the grounds of a wealthy estate.