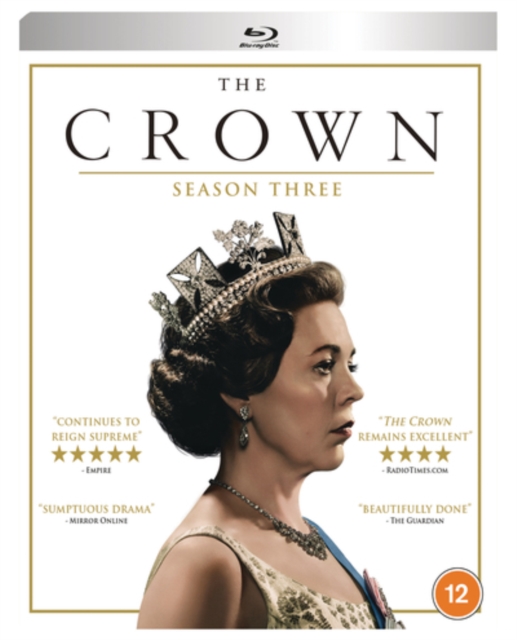 All ten episodes from the third season of the biographical drama based on the life of Queen Elizabeth II.

The story picks up in 1964 as Harold Wilson (Jason Watkins) is elected Prime Minister.

With Margaret (Helena Bonham Carter)'s marriage struggling, she and husband Tony (Ben Daniels) set off on a tour of America where she is invited to a private dinner at the White House with President Lyndon B.