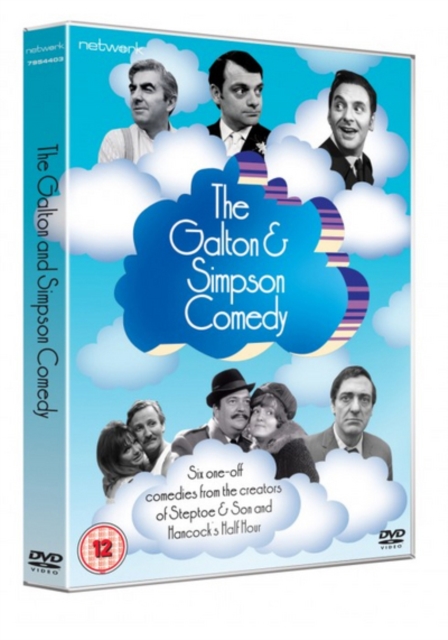 The Galton and Simpson Comedy: The Complete Series DVD

Collection of televised plays written by Ray Galton and Alan Simpson and performed by some of the greatest comedy actors of their time including Leslie Phillips, Bob Monkhouse and Patricia Hayes.

Given their success with 'Hancock's Half Hour' and 'Steptoe and Son' among others, Galton and Simpson used the same format to produce these six comedy plays. 'The Suit' sees a married man caught up in an embarrassing burglary. 'Friends in High Places' depicts a 55-year-old man whose wish for a return to his youth is granted. 'Never Talk to Strangers' involves two lonely people who may be able to help each other. 'Don't Dilly Dally On the Way' shows a couple about to move house after 23 years staying in a bungalow. 'Pity Poor Edie...Married to Him' involves a working woman whose life is complicated by the discovery that she is pregnant.

Finally, 'An Extra Bunch of Daffodils' depicts a man who has already lost five wives, all of whom were highly insured, and is searching for a sixth.