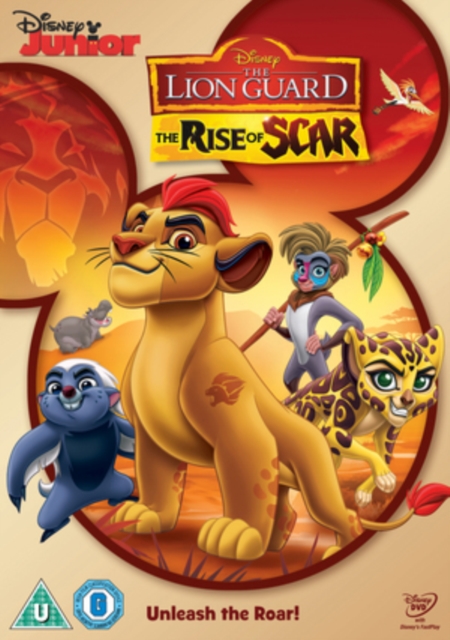 The Lion Guard - The Rise of Scar DVD

Collection of episodes from the animated series which follows the adventures of Simba (voice of Rob Lowe)'s son Prince Kion (Max Charles) as he assumes his position as the head of the Lion Guard.

Promising not to abuse his powers like his great-uncle Scar (David Oyelowo) once did, Kion forms his own group with various members of the animal kingdom and together they continue to watch over the circle of life in the African savanna.

The episodes are: 'The Rise of Scar', 'The Trouble With Galagos', 'Janja's New Crew', 'Baboons!' and 'Lions of the Outlands'.