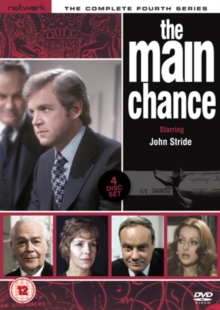 All 13 episodes from the fourth series of the TV drama that follows lawyer David Main (John Stride) as he moves back to Leeds to set up a practice after years of high-flying success in London.

Intending to establish his own business empire in his hometown, Main quickly sets about cultivating his contacts with the city's great and good.

But having come up the hard way himself, he's also prepared to reach out to help those less fortunate.