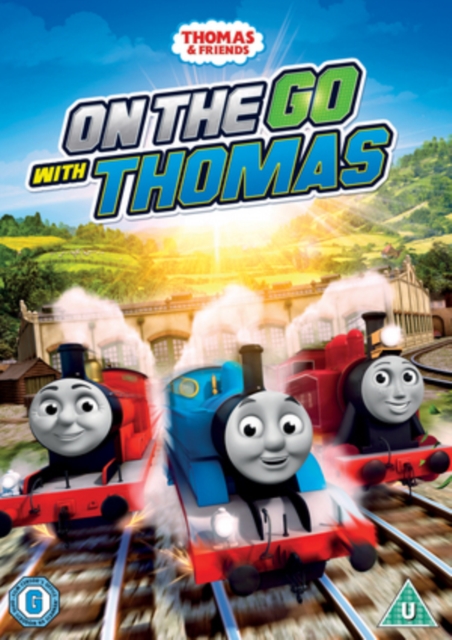 Thomas & Friends: On the Go With Thomas DVD

Seven episodes of the animated children's television show following the adventures of tank engine Thomas and his locomotive friends.

In these episodes, Rosie is repainted red and James challenges her to a race so that he can prove that he is the quickest red engine in Sodor, The Fat Controller gets his hands on a new P.A. system which ends up causing trouble and Millie needs to let off some steam.

The episodes are: 'The Fastest Red Engine On Sodor', 'A Shed for Edward', 'Dowager Hatt's Busy Day', 'Runaway Engine', 'P.A.