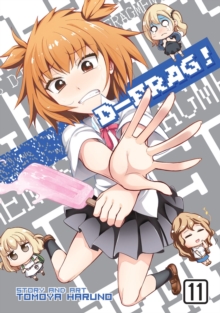 D-Frag! is an ongoing manga series that parodies high school clubs, nerd culture, and the slice-of- life genre in a side-splitting hilarious storyline.

For fans of manga series about otaku-centric high school clubs like Haganai: I Don't Have Many Friends, Genshiken, or The Melancholy of Haruhi Suzumiya, D-Frag! has the last laugh, as it satirises the genre like never before.

D-Frag! was first serialised in Japan in Monthly Comic Alive.

The hit manga series is the basis for the D-Frag!anime series that aired on Japanese television in early 2014 and has been licensed for home video in North America by Funimation.

Kazama Kenji thinks he's a delinquent. He's got the look, the style and the attitude to match-he even has a second-rate entourage of sorts.

Deep down, however, Kazama is a goodhearted kid who finds himself and his loyal gang in over their heads when they stumble upon the Game Creation Club.

The club's formidable members, Chitose, Sakura, Minami, and Roka, are four girls whom he might actually be attracted to if they weren't so freaking weird.

The girls claim to have otherworldly powers, which they use to defeat Kazama's gang and force him to join their offbeat club. Can Kazama resist the girls' bizarre charms and return to some semblance of a normal, everyday life...or is it'game over' for our hapless hero?

Also by TOMOYA HARUNO   |  View all 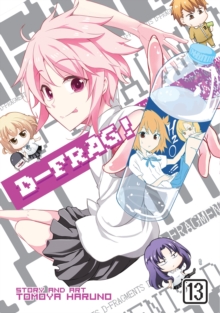 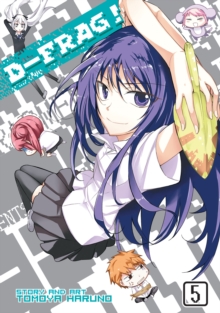 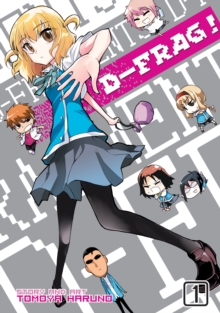 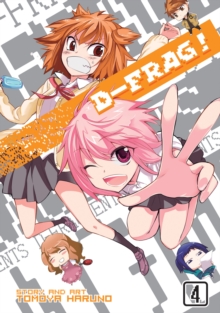