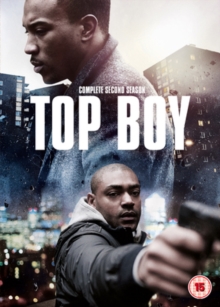 All four episodes from the second series of the gritty British crime drama following a gang of drug dealers in Hackney, London.

In this series, Dushane (Ashley Walters) has worked his way to the top but finds he has an enemy in his one-time associate Sully (Kane Robinson) who now has a new ruthless crime partner.

When their common nemesis Kamale (Scorcher) is found dead both Dushane and Sully fall under suspicion.

Meanwhile, 15-year-old Ra'Nell (Malcolm Kamulete) is lying low with the district youth squad trials fast approaching but his friend Gem (Giacomo Mancini) is unable to do the same.