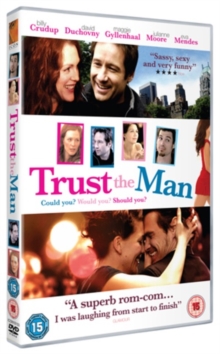 Rebecca (Moore) and Tom (Duchovny) are a seemingly happily-married couple.

Rebecca is a film actress who is about to make her stage debut at Lincoln Center, while her husband takes care of their young daughter.

However, beneath the surface, things are not going well.

He's been dating Elaine (Maggie Gyllenhaal) for seven years but has no interest in marriage, while she's desperate to settle down and start a family.

Tobey and Elaine decide to call it quits, as Tobey hooks up with an old friend from college (Eva Mendes) who is looking to cheat on her husband, and Elaine starts dating a handsome musician (James LeGros) who may be in need of a green card.

Meanwhile, Rebecca and Tom go into couples therapy, which creates as many problems as it solves.