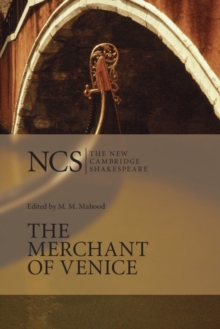 The Merchant of Venice Paperback

This second edition of The Merchant of Venice retains the text and Introduction prepared by M.

Where Mahood focuses in her Introduction on the expectations of the play's first audience and on our modern experience of seeing and hearing the drama performed, Edelman explores the play's sexual politics.

He also foregrounds recent scholarship on the position of Jews in Shakespeare's time and surveys the international scope and diversity of theatrical interpretations of the text in the 1980s and 1990s.

He pays particular attention to the ways in which directors and actors tackle the troubling figure of Shylock.