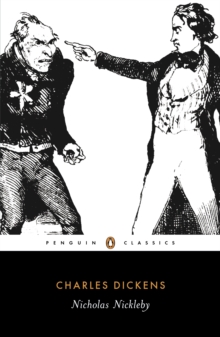 'A revelation ... as well as being sympathetic to the plight of children, it is hilarious' A.

N. WilsonThe hero of Dickens's flamboyantly exuberant novel, Nicholas Nickleby, is left penniless after his father's death and forced to make his own way in the world.

His adventures give Dickens the opportunity to portray an extraordinary gallery of rogues and eccentrics: Wackford Squeers, the tyrannical headmaster of Dotheboys Hall; the tragic orphan Smike, rescued by Nicholas; and the gloriously theatrical Mr and Mrs Crummle and their daughter, the 'infant phenomenon'.

Nicholas Nickleby is characterized by Dickens's outrage at social injustice, but it also reveals his comic genius at its most unerring. Edited with an Introduction by Mark Ford